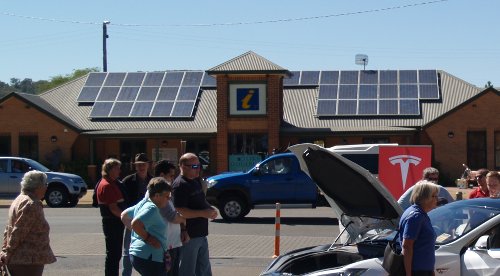 The Goulburn Group (TGG) is a not for profit community group committed to sustainable economic, social and environmental development in the Goulburn Region.

TGG received funding from the NSW Office of Environment and Heritage to investigate the possibility of setting up a community energy project in the Goulburn area, following a forum in 2014 at the Goulburn Connects Sustainability Festival on Community Energy.

TGG then set up a committee to administer this project and CE4G was born!

Here's a quote that best sums up our motivation to encourage the move to renewables:

"The choices are as follows. First: a gradual, managed decline of existing [fossil fuel] production and its replacement with renewable energy and low-carbon infrastructure, which offer great potential for employment. Second: allowing fossil fuel production to continue at current rates for a while longer, followed by a sudden and severe termination of the sector, with dire consequences for both jobs and economies. Third: continuing to produce fossil fuels as we do today, followed by climate breakdown. Why is this a hard choice to make?"                          George Monbiot, The Guardian Sep 28, 2016

CE4G aims to help our region play its part in moving to the first of these choices - towards a renewable economy based on sustainable practices and community ownership of our energy production. The Solar Farm is the first project, and now we have added the solar bulk buy project.

We have developed a set of principles for our action and from that derived a mission statement for all our projects. Read it here. 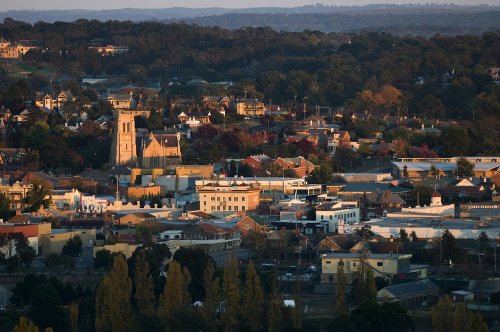 Community Energy 4 Goulburn was originally set up by The Goulburn Group (TGG) to identify opportunities for regional community energy projects and partnerships.

In May 2016 CE4G became an incorporated association in its own right, and although all the founding members are also members of TGG, CE4G is now an independent not-for-profit association.

CE4G is located in the Southern Tablelands of NSW where there is an abundance of wind and solar resources and a community appetite for action on climate change.

CE4G's first project was to conduct a feasibility study into a 1.2 MW community solar farm in the city. This was completed in April 2016 and launched by Dr John Hewson AM in June 2016. In July 2016 we met with the Minister for Industry, Resources and Energy,  Hon Anthony Roberts, and the member for Goulburn, Hon Pru Goward, seeking seed funding for this stage (see picture below).

Work was then commenced to explore several possible technologies and to complete the DA with the local council which was approved in June 2017. At the same time we submitted a connection application with Essential Energy and conditional approval was granted in late 2017.

In 2018 and 2019 we narrowed down out technology choices to several systems that maximised east / west orientation that would take advantage of better pricing due to higher demand and lower supply in the late afternoon and early morning. During early 2019 we started negotiations with an Australian developer and in mid 2019 signed a contract with this company - Komo Energy -  to progress the planning and construction of the farm, due to start in late 2019 or early 2020. 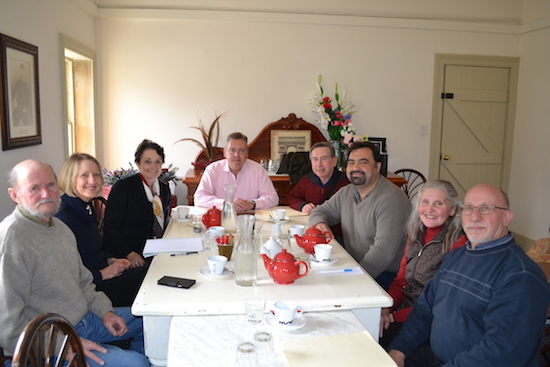 In mid 2019 the NSW Government announced a grant opportunity for community energy projects and we made an application. We included a battery in the application that would give the farm greater flexibility and the ability to store energy and sell when it was more profitable. This would also allow the farm to provide more stability to the grid. The application is currently being processed and successful applicants will be announced in mid September. If the grant is successful the project will significantly increase in both value and expense.

We have now submitted an application to create a Co-operative that will administer and  own the farm and have approached a number of people to be on the board of the Co-op. Dr John Hewson AM, has agreed to chair the board, and Dr Rowena Cantley-Smith, a Goulburn resident and energy lawyer and accademic has also agreed to serve on the board. The Co-op application should be approved in September.

Once the grant application recipients have been announced (and we are quietly confident, being more advanced than most community energy projects in NSW), we will commence seeking investors for the project from our local community.

Find out more about us or help with our projects.